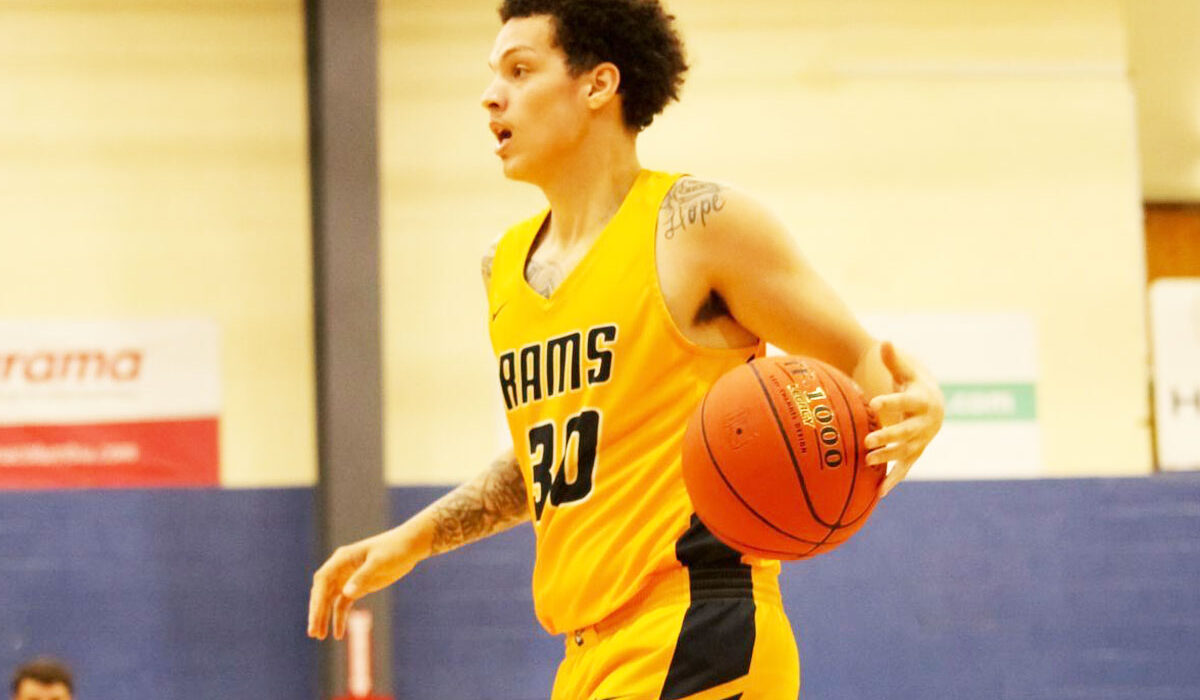 CLEVELAND, Ga. – The Appalachian Athletic Conference is proving just how ultra-competitive it is as CIU’s men’s basketball team played its third overtime conference game in just four total conference games this season. The Rams took on Truett McConnell in what turned into a double-overtime thriller, with the Rams eventually falling to the Bears, 110-108.

“It was great to get back to playing after such a long time off,” head coach Tony Stockman said. “It was a fun game, but I am not happy with the result and disappointed with how many mistakes we made. Corey [Benton] played a phenomenal game and kept us in for as long as he could. One of the best individual performances I have ever seen.”

The Rams and Bears played a tight contest through the first 10 minutes of action. CIU then got a boost from some of it’s younger players as sophomore Rick Newman knocked down a triple and Julio Rodriquez and Darrian Oates scored inside. CIU took a 29-22 advantage off of two Skyler McKinney free throws at the 8:28 mark. Later,  the Bears bounced back to cut the deficit to 32-31, but Corey Benton closed out the half on a mini run scoring 5 points, including a three-pointer with 0:03 seconds remaining to give CIU the 45-37 halftime advantage.

The Rams saw their lead dwindle in the second half, but were paced by Benton, McKinney, and senior Elijah Spalding in the second. Trailing 80-79 with 2:19 remaining, Spalding gave the Rams the 81-80 lead off a bucket inside. Then, with just 0:45 seconds remaining, Spalding would finish a lob pass from Corey Benton with an emphatic slam to give CIU an 85-80 lead. But a clutch three from the Bears’ Marlon Allen and then a late score inside from Ty Briscoe would force overtime with Truett McConnell and CIU tied at 85-85.

Corey Benton stayed hot during the first overtime picking up a rare four-point play after being fouled while knocking down a triple. CIU then led 99-96 after a Benton and-one but the Bears hit yet another clutch three to tie the game at 99-99 with 0:23 seconds left.

CIU trailed most of the second overtime, but was able to tie the game 108-108 at the 1:02 mark off a Jalen Brinson layup. However, despite a hard-fought contest, it wasn’t meant to be for the Rams as TMU’s Ty Briscoe gave the Bears the win with 0:01 second left to provide TMU the 110-108 victory.

Corey Benton broke the CIU single-game scoring record with 48 points shooting 15-28 from the field and knocking down 13 free throws.

The Rams had three other players in double figures as Darrian Oates recorded 14 points, Skyler McKinney had 13 points, and Elijah Spalding had 10 points. Spalding also recorded 10 rebounds for a double-double.

CIU will be back in action on Thursday in an exhibition game on the road in Conway, South Carolina versus Coastal Carolina University. Game time is at 6 p.m. and will be broadcasted on ESPN+.