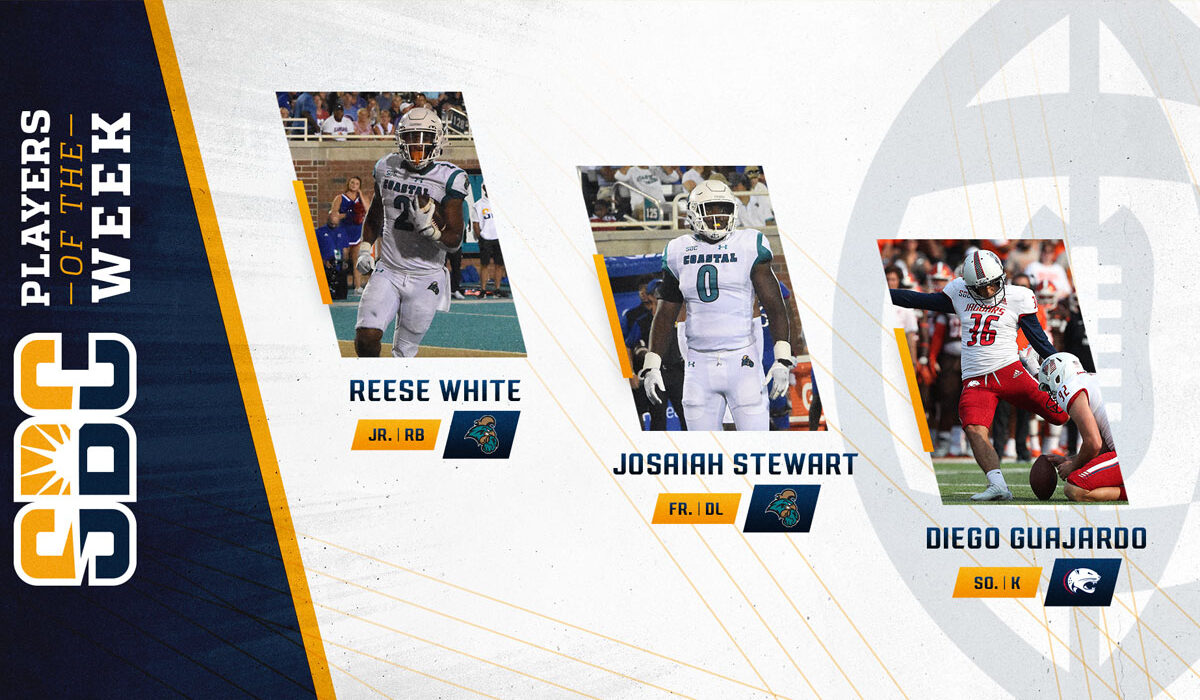 Chanticleers junior running back Reese White rushed for a career-high 102 yards and three touchdowns in Coastal Carolina’s 49-22 victory over Kansas. The 100-yard rushing game was the first of the Sandy Springs, Ga., native’s career, while his three rushing touchdowns are the most by a Sun Belt running back in a single game this season.

Jaguars sophomore kicker Diego Guajardo kicked a 44-yard field goal as time expired to lift South Alabama to a 22-19 win over Bowling Green. The Spanish Fort, Ala., native also connected from 22 and 41 yards out, as part of a 10-point effort. Guajardo’s three field goals tied his career high, while his walk-off kick provided the Jaguars their first win on the final play of the game since Oct. 20, 2012.