North Greenville bounces back with one-sided victory over Chowan 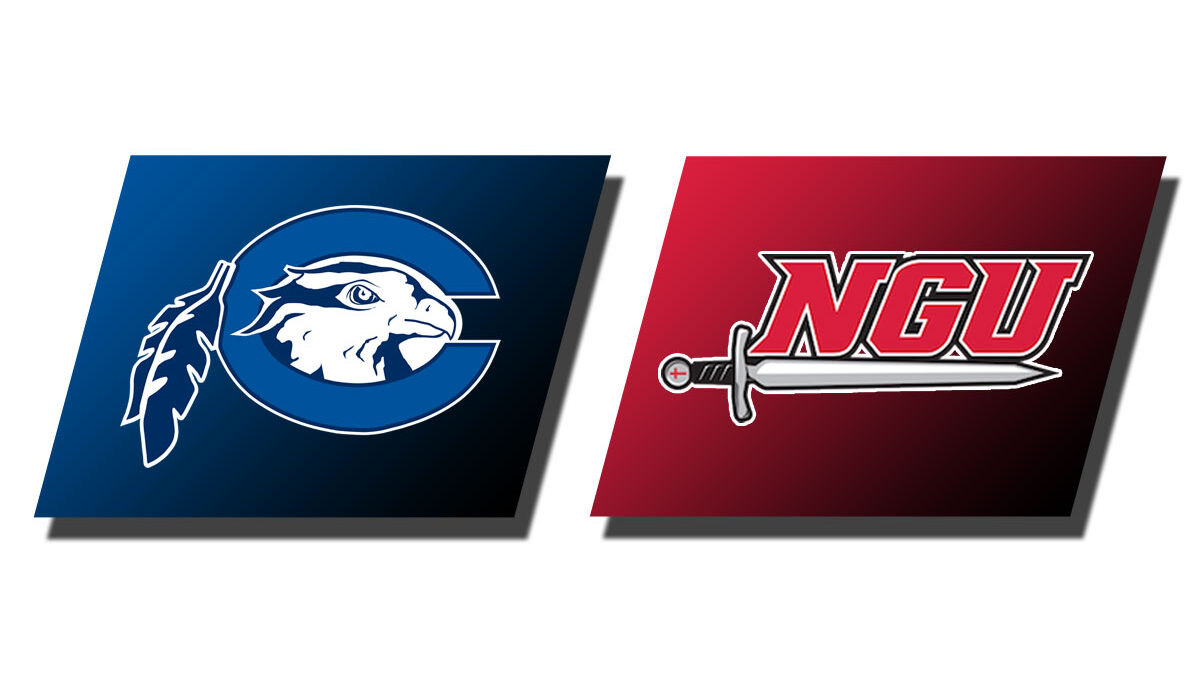 TIGERVILLE – The North Greenville Crusaders redeemed themselves with a dominating 95-60 win over the Chowan Hawks this afternoon at Hayes Gymnasium. The Crusaders found themselves in a familiar position, up by double digits for the majority of the game. However, NGU would not let history repeat itself as they would continue to pull away in the 2nd half, ultimately taking a 35 point victory.

After his impressive performance in last night’s game, Jalon Cokley was fairly held in check with just 8 points. However, four Crusaders (1-1) would hit double digits in points, including a 20 point performance by Tracus Chisolm.

North Greenville was able to capitalize off a cold start by Chowan (2-1), pulling ahead 8-0 just two minutes into the game. After the Hawks hit a jumper to get on the board, the Crusaders would go on another run, scoring eleven straight points to take a 19-2 lead.

CU would eventually get going, cutting the deficit down to six points. However, NGU would build the lead back up with an 11-3 run with six of those points scored by Tracus Chisolm. The Crusaders ended the half with the final five points to take a 52-32 lead into halftime.

NGU picked up where they left off to start the 2nd half, scoring the first five points including a dunk by Jalon Cokley. Chowan responded with a dunk of their own and would also cut the deficit to 22, but the Crusaders refused to give up the sizable lead, continuing to shoot well.

Late in the half, NGU would put up their largest lead of the game with two straight three pointers by Christian Kincaid to lead by as much as 38. A late three pointer by the Hawks cut into that lead, but North Greenville would officially redeem themselves with a 35 point victory.

Tracus Chisholm put together an impressive 20 point performance while also providing 3 steals, 2 rebounds, and an assist.

Kameron Hobbs posted 15 points, 4 rebounds, and 3 assists. Christian Kincaid also had an impressive game, recording 13 points with a rebound and an assist.

The Crusaders will face the Trojans of the University of Mount Olive on Friday, Jan. 22 in Mount Olive, N.C. with a scheduled time of 7 p.m.