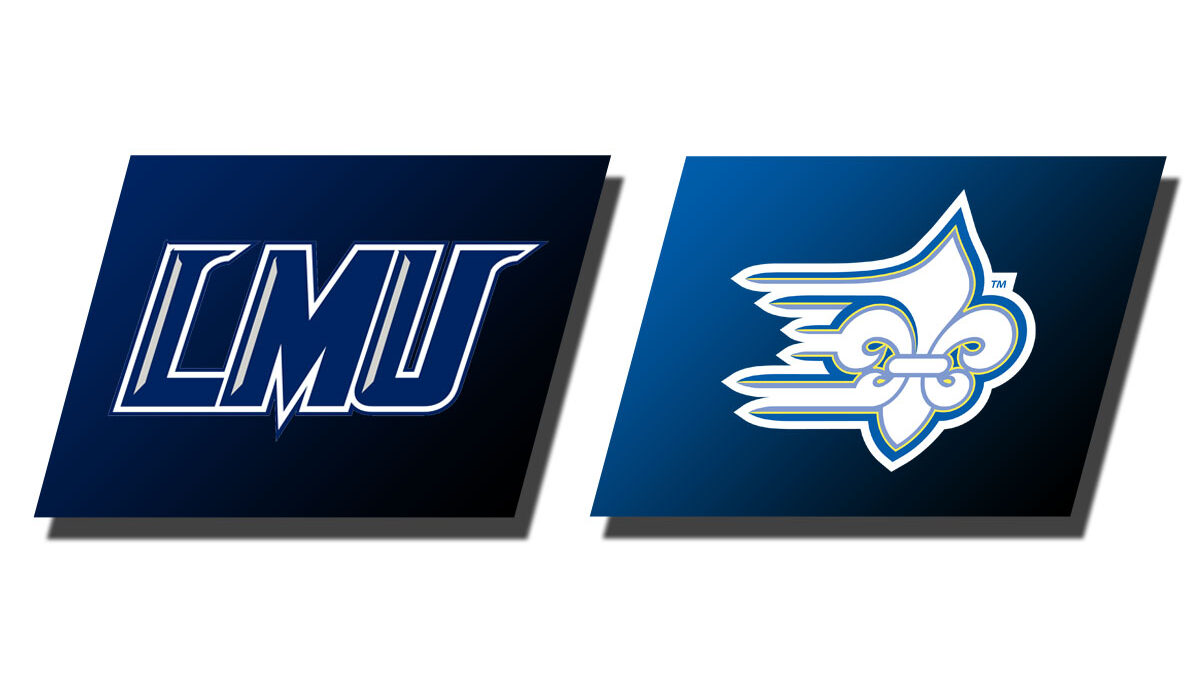 GAFFNEY, S.C. – Behind inspired offensive play, the sixth-ranked Lincoln Memorial University men’s basketball team bounced back from its first loss in 40 games Wednesday night with a 100-76 South Atlantic Conference road victory at Limestone University. The Railsplitters (8-1, 6-1) claimed their first-ever win in Gaffney, South Carolina, by reaching the century for the fourth time of the season.

With the preseason All-American duo of Cameron Henry and Devin Whitfield combining for 47 points, LMU shot 54 percent from the field and had 12 different players score. For just the second time in program history (Nov. 8, 2019 vs. Clayton State), the Railsplitters were perfect at the free-throw line finishing 19-for-19. Distributing more than 20 assists for the fifth time of 2020-21, LMU assisted on 23 of its 34 made baskets and connected on 41.9 percent (13-of-31) of its three-point attempts.

After the Saints attempted to work themselves back into the game about midway through the second half, a 24-7 Railsplitter run put things just out of reach as LMU led by as much as 36.

“I thought we responded fairly well, particularly on the offensive end where we played with more purpose and soundness,” commented head coach Josh Schertz after the road triumph. “We, obviously, need to finish better and put 40 minutes together if we are going to become a team that can compete for a championship down the line. Our defense in the second half was poor, but you have to credit Limestone as they executed and really shot the ball at a high level.”

“We’ve talked since the postgame on Saturday about not wasting a failure, making sure we learn and grow from the experience,” continued coach Schertz. “I think we showed some improvement relative to our intensity and focus. We have a long way to go from a consistency standpoint and playing every possession the right way.”

Redshirt junior guard Henry led a quartet of double-figure scorers with his second double-double of the season, notching 25 points and a game-high 12 rebounds. He also handed out five assists and made a steal while shooting 7-for-11 from the floor and going 9-for-9 at the foul line. With his seventh-straight 20-point performance, redshirt senior guard Whitfield scored 22 points on 7-for-15 shooting with four treys, five rebounds and a trio of assists.

The Railsplitters held Limestone scoreless for nearly the first three minutes of the game before a 9-3 run by the hosts gave the Saints a brief 9-8 lead. From there, LMU would go on a 23-4 run over a seven-and-a-half minute stretch, keeping Limestone scoreless for three-and-a-half minutes of play and taking a 31-13 lead on a layup from sophomore point guard Jeremiah Keene. A traditional three-point play by redshirt sophomore guard/forward Xavier Bledson gave the Railsplitters their first 20-point advantage of the night at 41-21 with 1:57 to go in the half.

Back-to-back threes from senior guard Alex Dahling and junior point guard Julius Brown put LMU up by 30 at 58-28 after just over three minutes of second-half play. However, an 8-0 Saints run over the following two minutes made it a 22-point game at 58-36. Limestone would get within 19 at the 11:54 mark after completing a 19-8 run with a right-corner three to make it 66-47.

Bledson did not miss a shot, going 4-for-4 from the field and 5-for-5 at the free-throw line for 13 points. He also grabbed a season-best eight boards, dished out five assists and made a steal in 19 minutes of action. Julius Brown finished with 10 points on 4-for-7 shooting, while Dahling and Keene had six points apiece. Freshman guard/forward Nekhi Smith and redshirt freshman guard Luke Hedrick made their second and third game appearances of the season, respectively. Hedrick recorded his first career three pointer late in the second half.

With Saturday’s tilt against Mars Hill being postponed to Monday, Jan. 25 due to COVID-19 circumstances within the Lions’ program, LMU will host the University of Virginia’s College at Wise this Monday, Jan. 18. Tip-off from inside B. Frank “Tex” Turner Arena is slated for 7 p.m. It will be the first of two meetings between the Railsplitters and the Cavaliers within three days as LMU heads to Wise, Virginia, for an 8 p.m. affair next Wednesday, Jan. 20.